Held Captive By My Own Brain 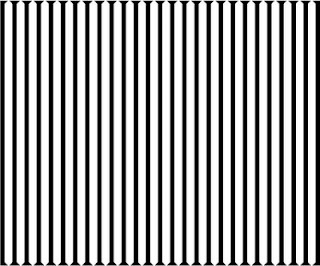 Once again I am awake at one o'clock in the morning. All I really wanted to do this evening was watch a movie I hadn't seen – and that my daughter and son-in-law lent me – and blog.
What actually happened was that the movie, which was supposed to last 2 hours and 22 minutes (The Changeling with Angelina Jolie and John Malkovich – GREAT movie and the fact that it's a true story makes it all the better) took more than 3 and a half hours for me to watch.
Not that I minded the interruptions - they were phone calls from one of my daughters and my mom, but it pushed things back an hour and I decided, because it was getting so late and I still wanted to read, that I didn't have time to blog after all.
HA!
By 11 PM I decided to go to sleep. My brain had other ideas. Like a screaming child in the next room, it refused to cooperate as it whined incessantly – I don't wanna go to bed – I wanna stay up all night – I know you have two new kids coming tomorrow – I don't care – I want you to think, and I want you to write down everything I'm saying.
As if what I am now writing is the most important news flash on the planet. Helloooooo...
(My brain just slapped me.)
I plead with my brain to pleeeeease give me just a few hours of sleep, but it refuses and drags me to the computer instead, smirking to itself because it won.
I look out through the bars of my imprisonment and ask my brain, as I look over the words I've just written, are you satisfied now? Will this blog allow me to go to sleep for the night?
And do you know what it says to me? "Not until you apologize."
What? Seriously? Are you kidding me?
So, like the baby that wakes up screaming to play, I coddle my brain, rock it for a while, appease it, then gently say, "Fine. I'm sorry. Can I go to sleep now?"
Yes, it tells me, but only after you've eaten one of those York Peppermint Patties I'm craving.
I think I'll try to rock myself to sleep now AFTER I finish my York Peppermint Pattie.
Posted by Theresa Wiza at 11:00 PM