How To Write How To Articles and How They May Be Your Roadmap to Writing Success! 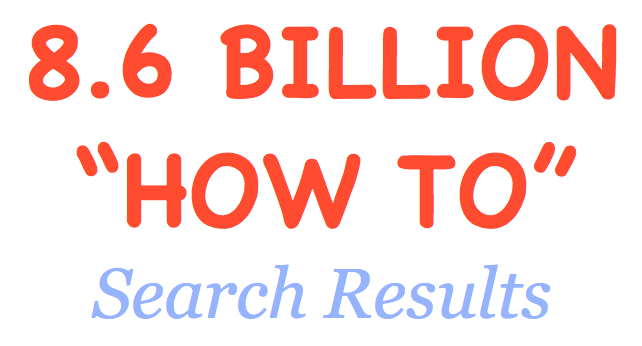 Most writers know that the words, “How To,” generate a significant number of responses. Plug “How to” into Google and an astounding 8.6 billion results appear! Of everything I’ve written since I started writing online, the posts that get the most reads are the How To articles I’ve written.

So with so many How To articles already on the web, how can a writer compete?

The short answer is to give your readers what they want. If you want to write How To articles, look at what YOU can contribute that’s different from anything else your readers can find.

In 2012, when I bought a skein of Red Heart Boutique Sashay Yarn, I read the label for instructions on how to crochet with it. I’d never seen anything like that type of yarn before. The instructions, however, were intended for knitters. So I made up my own technique and I shared my instructions on my All Craft Connection blog. The title I chose was one I looked for in my own search, and it’s the title I gave my blog – How to Crochet with Red Heart Boutique Sashay Yarn. To date, that blog is my most successful All Craft Connection blog.

You don’t have to include the words, “How to” in your title, though. As long as you offer your readers something they need and as long as your title conveys a message that will fulfill their needs, your title can read something similar to this title I wrote, Has Your Work Been Stolen? Here’s What to Do! It’s a How To article without the How To words mentioned in the title. The most important thing to remember in creating How To articles is to include words that your readers will most likely search when they look for someone with your expertise.

Any time you design, create, or innovate something that you know others would appreciate learning, write a How To article and teach them what they want to learn. Time saving, money saving, or life saving techniques are all good examples of How To articles you can write if you can truly offer readers information they’re seeking that they haven’t already found elsewhere.

Have you come up with a new exercise program that works wonders for your mind, body, and spirit? Think of what someone would enter into a search engine. For example, someone might write, “exercises for mind, body, and spirit.” Your title could read, How to Exercise Your Mind, Body, and Spirit or Exercises That Work Wonders for Your Mind, Body, and Spirit. Anybody looking for that type of information could come across your blog.

As long as you reveal in your title exactly the information you are trying to convey in your article, and as long as you deliver on the promise you made in your title, you will have targeted your intended audience and you will reap some benefits – readers!

Still unsure of what you can contribute to the How To world? Think about what you have to offer your readers. Look at your interests, hobbies, skills, and experience. Where, among all these things, are you most passionate? What have you learned that you think you can teach others? How are your methods different from anything else being taught?

Just recently I created a unique style of crochet. I had been thinking about implementing the thought I’d had for a couple of years, when one day, I decide to just try it. Without getting too technical, it involved creating a chain from a ball of yarn, rolling the chain into a new ball of yarn, and then using that chain to crochet a cowl. The effect turned out even better than I thought it would, so I came up with instructions for the new way to crochet and wrote, Chain Crochet – Crocheting With Chains – a Crochet Experiment.

I didn’t stop there though. I also wrote a blurb on a different blog, my Crystal Butterfly Creations blog – Have You Tried Chain Crochet? I linked to the original article and thereby expanded my readership.

If you have more than one blog and your title fits with the subject matter in your other blog, link your blogs together. Also, if you think your post would generate any interest on Pinterest, Pin It!

To sum up – answer a question or fill a need, choose a title that others would type into a search engine, provide good quality writing with understandable instructions, and make your content unique. If you are writing something that YOU would have wanted to learn before you knew How To do it, you just might have written a winning post!

Posted by Theresa Wiza at 8:05 AM 2 comments: Links to this post

What's That Word I Want to Use? 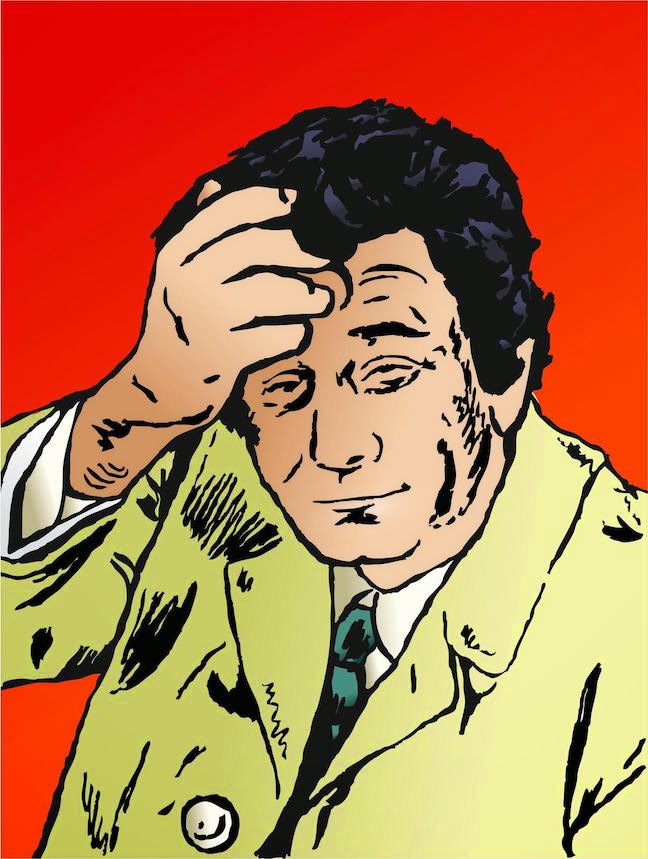 Have you ever been stuck on a word? You know what you want to say or write, but you can’t quite get it to come out of your mouth or onto the page? Or maybe you come up with a word, and it sounds almost like the word you want, but it’s not quite right?

For example, you want to write the word, revolution, but instead you write, evolution. You know that something doesn’t seem write – oops! – right, but you don’t know how to correct yourself.

Another example – you want to make a reservation for Howl at the Moon, but when you call, what comes out of your mouth is, “Yes, I’d like to make an application – I mean, invitation…” and the person on the other end of the line suggests, “Do you mean reservation?”

What is happening, you ask yourself? Have the wires in your brain crossed over into some inexplicable portion devoted solely to nonsense? No. Not really. But you have become a victim – a victim of malapropism.

Comedian Norm Crosby made a living with the malaprop. He is still known today as The Master of Malaprop. I’ll be giving my age away here, but I used to watch him on the Ed Sullivan Show and the Dean Martin Show back in the 60s. And, at the age of 87, Norm Crosby, the master of malaprop, is still making audiences laugh.

So what is a malaprop?

A malaprop is an unintentional (or in the case of Norm Crosby, intentional) word employed when the word you want to use sounds similar to the word you intended to use but doesn’t make sense in the context of your sentence or story.

Use of the malaprop can be quite entertaining, although when you’re trying to make a point, it can be extremely frustrating! Unintentional use of a word in any setting will cause uproarious laughter when the actual meaning of the word you accidentally used is ludicrous in context. Some very famous and some not very famous people have accidentally used malapropism in their speeches and in ordinary conversation. Using malapropism can be both embarrassing and hilarious.

LiteraryDevices.net provides several examples of the malaprop. Here is just one from their list:

New Scientist, a magazine, reports one of its employees calling his colleague “a suppository (i.e. repository) of knowledge”.

And from Your Dictionary come these examples:

"The police are not here to create disorder, they're here to preserve disorder." - Richard Daley, former mayor of Chicago

To pronounce your words with a specific attention (intention), use the right infection (inflection).

End your sentences with any of the following punctuation points – periods, question marks, or ejaculation (exclamation) marks.

Does the malaprop have a cure? Well, if you are speaking and one pops out of your mouth, you probably won’t realize it until you see the reaction your words have on your intended audience. A simple apology will suffice and, if you have friends like mine, somebody will supply the correct word for you.

If you’re writing, have somebody else read through your material. It also helps to have a thesaurus nearby if you feel your face scrunch into quizzical mode. I often know immediately when something I’ve written seems a little off. Having a thesaurus allows me to look up a word close to my intended word, and there among the suggestions is usually the word I want!

Try to come up with your own malaprop and if you are too young to remember Norm Crosby, Ed Sullivan, or Dean Martin, I invite you to watch this YouTube video:

Graphic of Columbo by Prawny on morguefile.com

Posted by Theresa Wiza at 6:23 AM 2 comments: Links to this post