Factors That Contribute to Creativity – Do You Have to be Brilliant to be Creative? 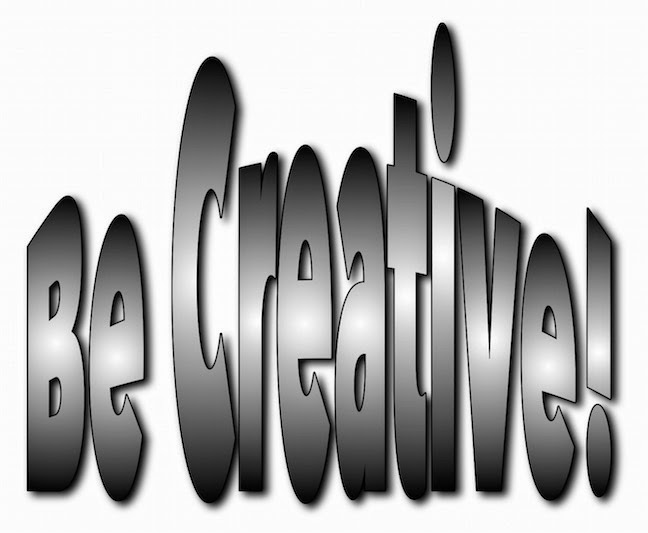 Some people believe that creativity belongs only to talented composers, architects, artists, literary geniuses, and multi-billionaire entrepreneurs. But guess what – we are ALL creative. We might not use our creative talents, because we might not recognize that we have them, but we are all filled with creative potential awaiting the right moment, the right exposure, or the right spark to coax that potential into something extraordinary.

Memories wash over me of that time – sitting in the sand building my little castles and looking out on the water, daydreaming. I can still feel the kind of peace that calmed my soul and allowed me to become one with the Universe. All of the sights, smells, and sounds around me combined in such a way that my mind could drift into territories previously unexplored. Unbeknown to me back then, there sat my muse, awaiting my recognition of her.

Even today I find my most creative (and peaceful) moments are the ones that involve water. Water in the form of rain brings on a melancholy mood that allows my mind to quiet and to relax enough to entertain the thoughts my muse introduces to me. Sometimes just the memory of being near water is enough of a catalyst to invigorate my creativity.

My creativity didn’t stop when I grew up, however. Though children are innately creative – give them any medium such as crayons, paints, blocks, or even boxes filled with string and large beads, and you can almost see their minds connect dots where none existed before. And though some people believe they're not creative, we should learn to understand that we are ALL creative IF we allow ourselves to pay attention to what arouses our curiosity, sparks our imaginations, and allows us to recognize relationships we never knew existed. The ability to create comes down to three important factors: curiosity, imagination, and the ability to connect two or more seemingly unrelated ideas.

One of the most important phrases for anyone seeking to create anything is, “What if?” Take an ordinary skein of yarn. Ten different people will look at that one skein of yarn and come up with ten completely different projects, just by asking themselves that all important question – whether they are aware or not that they are asking it –“What if?”

Give a paint set to a child and without the child consciously thinking, “What if?” that child will intuitively ask him- or herself that question with each stroke of the brush.

We all dream. Whether we know it or not, we do. And in those dreams we find remnants of our imaginations.

I was once given an assignment when I was 9 years old. That assignment required me to write one paragraph for each of five chapters in my spelling book. As a child who took everything literally and who was already very interested in writing, I took this assignment very seriously. A paragraph, I had learned, was a section of writing that dealt with one central thought.

The spelling words in each chapter, however, were completely unrelated. Tying them together took a vivid imagination and I think the seeds of my creativity were planted during that assignment. I saw connections I’d never made before, because I was forced to create them.

And that takes me to the next factor that contributes to creativity.

Movies provide a great example of the ability to connect two or more unrelated ideas. Juxtaposition, oxymorons, opposites – creative minds can make connections that others don’t see until somebody points out the relationship between two seemingly unrelated ideas.

How does this method work? Try this writing experiment. Look around you right now and choose one thing in your line of vision. Now close your eyes, turn your head to your right, and open your eyes. What do you see? How can you connect those two things? Now look straight ahead. What do you see, and how can you introduce that third subject into your piece?

When I look around, I see snowfall. When I close my eyes and then look to my right, I find a beloved picture of a puppy celebrating a birthday with a cake and 2 candles. Coincidentally when I look ahead, I see a refrigerator magnet of a snowman.

In this situation, the relationships seem obvious. My mind settles on the snowman magnet after viewing the snowfall. I had forgotten the magnet was on my refrigerator, but because I saw the snow, and I knew my mind was going to connect whatever I saw, my eye ignored all of the other magnets on the refrigerator and focused instead on the snowman.

A dog playing in the snow isn’t a stretch of the imagination, but putting a white cake trimmed with gold and holding two candles into the picture takes a little thought, so I imagine a family of 5 climbing out of their car on a wintry day. The mom carries a birthday cake for their puppy who runs out of the doggy door to greet them. Mom trips and lands belly down on the snow. The dog leaps onto the birthday cake and attempts to devour it, but Dad rescues the cake.

But let’s go further with our creativity – let’s introduce a fourth element, current events. And here’s how my story played out.

Poochie stood by the doggie door when he heard his family’s car approach. After the final door was closed, he raced outside and tripped Mommy. A beautiful white cake trimmed with gold, perched with two candles, toppled out of Mommy’s hands and landed in the snow – upright. Still time for Poochie to devour it! Too late. Daddy swooped it up and brought it into the house where it somehow miraculously changed into a chocolate cake with blue icing. (I took liberties with the change of colors, because I can sometimes be dyslexic. The reference is, I'm sure you've heard, the current debate between the white and gold dress vs. the blue and black dress.)

So have fun! Ask questions! Use your imagination! Be adventurous! And allow yourself the luxury of examining your interests and exploring your skills to discover where your talents lie and where you can be most creative!

Thank you for visiting!
Posted by Theresa Wiza at 9:58 AM

Labels: creative spirit, creative writing, creativity, factors that contribute to creativity, how to be creative